Ceilings are one of the most common places to find water damage. Plumbing and ceiling leaks often drip down, damaging interior ceilings and anything above them, including insulation or ceiling joists. This damage is often unsightly, and it may also be hiding more severe issues such as structural damage or mold growth.

While it's often possible to restore a water-damaged ceiling, the techniques, cost, and labor involved will vary depending on the type of ceilings you have in your home. Below you'll find some helpful information on how water damage affects three common ceiling types and how you can restore your ceilings to like-new condition.

Drywall (or plasterboard) is a ubiquitous material found in most new construction in the US. If you live in a relatively recent home, there's a good chance that your walls and ceiling use drywall throughout most of the house. Unfortunately, drywall is highly susceptible to moisture damage, and even a relatively small leak can cause considerable damage.

Typical forms of water damage on drywall ceilings include water stains and, in severe cases, sagging. Even if the drywall surface doesn't look too bad, there may be significant damage on the side you can't see. Complete restoration usually involves removing affected portions of the drywall, checking for water damage above the ceiling, and patching new drywall to replace the saturated area.

Plaster is uncommon on newer homes, but many older structures use interior plaster walls. This material has some advantages, but installation costs and time make it unsuitable for most new construction. Of course, that doesn't mean that you don't want to keep the existing plaster in your home looking great.

Water damage to plaster often causes significant discoloration, but, unlike with drywall, it's less likely to ruin the ceiling entirely. Instead, restoring the ceiling typically involves removing the visible damage, sealing the affected area, and potentially adding joint compound. It may also be necessary to deal with any evidence of mold growth if the surface is still wet.

While suspended (or dropped) ceilings are standard in many commercial environments, their use in residential settings is mainly limited to finished basements. It may seem as if you only need to replace affected tiles when dealing with dropped ceiling water damage, but there's potentially more to worry about it.

In most cases, restoring a water-damaged dropped ceiling involves carefully checking nearby tiles as well as the metal grid and grid hangers. Slightly damp tiles may not show signs of damage, but they can harbor mold growth. Likewise, it's critical to clean and dry affected grid sections to avoid creating conditions that can allow rust to form. If you need more help, consider hiring water damage restoration companies. 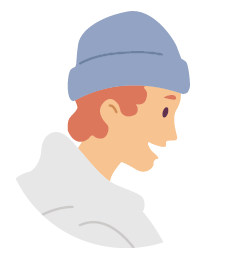 Owning a house is a great feeling. Owning your own house is also a great responsibility. As you get past the initial excitement of owning your home, you will discover that there is a lot that you have to know how to do to keep your home in good shape. We have been where you are at, trying to figure out how to take care of our home, and we are here to share out advice with you so that you will know how to repair your home. We will let you know how to fix common problems and what projects we would like to call in the professionals for assistance with. We hope our articles help you figure out how to take the best possible care of your home and enjoy the homeownership journey.

Water Damage Restoration Steps For A Flooded Kitchen Cabinet
14 January 2022
If a pipe under your kitchen sink froze, burst, and flooded into the cabinet, then it is important to get it dried out as soon as possible! By quickly …

5 Signs Of Chimney Crown Damage
13 January 2022
The crown is the topmost part of the chimney. It consists of a mortar cap that is designed to protect the top course of bricks from moisture incursion …

Four Pro Guidelines to Follow for the Best Results in Water Damage Restoration
10 January 2022
Everyone has dealt with some degree of water damage in their home or business premises at some point. While water is essential for running all househo …